In the United States the electorial college, not the popular vote, determines which candidate wins the presidential election. Since 1869 the United States has been a two party system of either Republican (red) or Democrat (blue). This distinction results in an election map that looks like this:

While the 2020 presidential election popular vote was split almost down the middle (as of November 7, 2020):

I believe maps like the one above, are slightly misleading. They don’t tell the full story of the states voting behavior. The entire state did not vote for one candidate or the other. Take Colorado for example, in 2020 the electoral college votes went for a Democrat. However, drill into the map below and you see almost equal sized dots of red and blue. 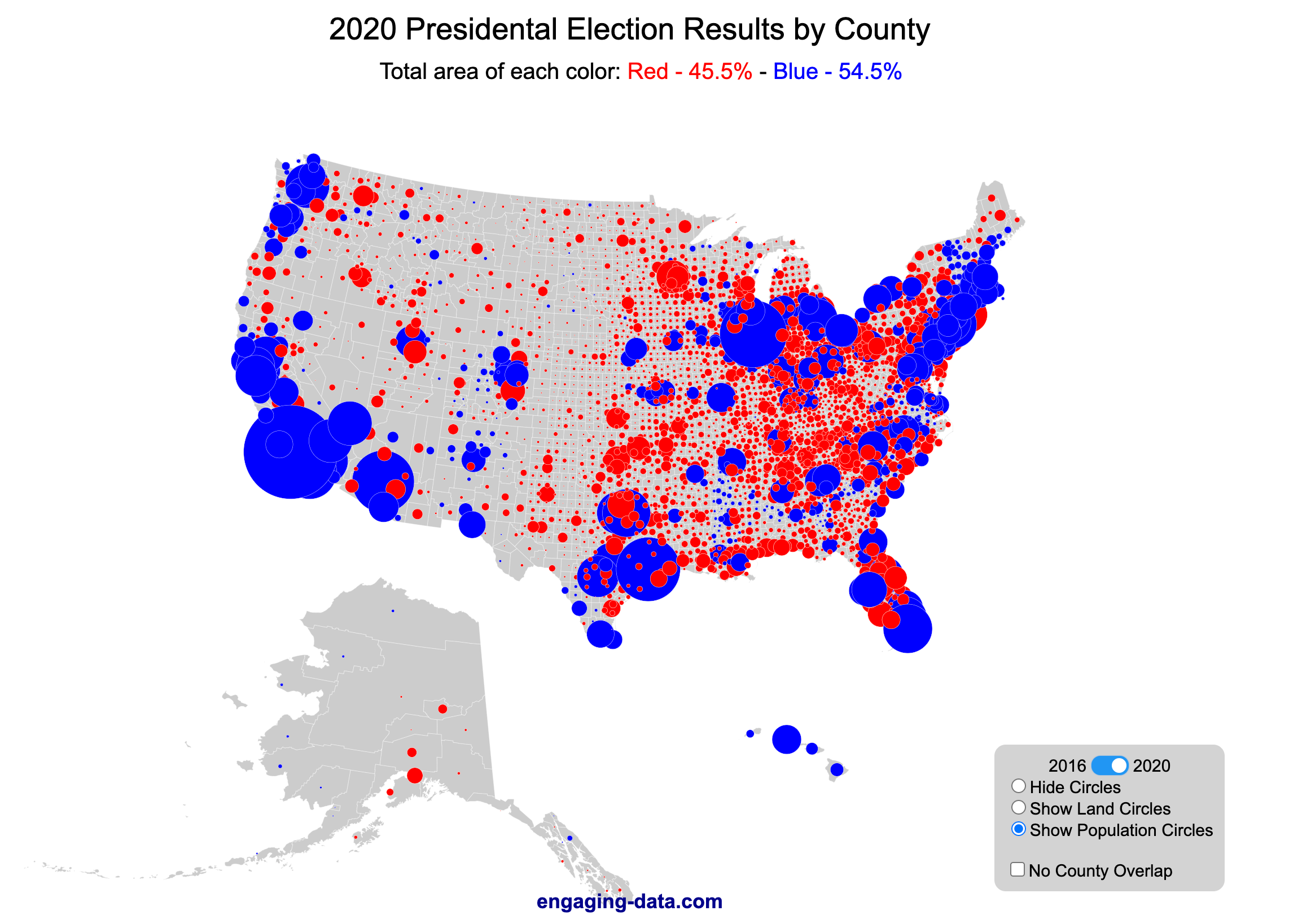 Whether you believe in the electorial college or not, it is a core part of the United States constitution. My goal is to point out, there is a larger story under those red and blue states that should be talked about and debated.