Yesterday I posted about my first ZeekWeek Capture the Flag challenge. Today we walk through the details to solve the second CFT challenge.

Using a packet capture from an ssh session, determine the length of the password entered on the command line. The following details were given:

With this information, I set out to reproduce the same scenario. I would ssh into my lab server and reproduce exactly what the CTF challenge did. Then, compare my pattern of packets to their pattern of packets. I presumed there should be obvious similarities between the two captures. If you have not reviewed yesterdays CTF, now is a good time. I talk about using changes in patterns to solve puzzles like these.

I made the following assumptions:

I first tested the theory of a timing interval between key presses. By using the WireShark I/O graph set to 1ms intervals, an obvious pattern appears. Each blip on the line is probably a key press:

The side-by-side comparison of capture files confirms my assumption: 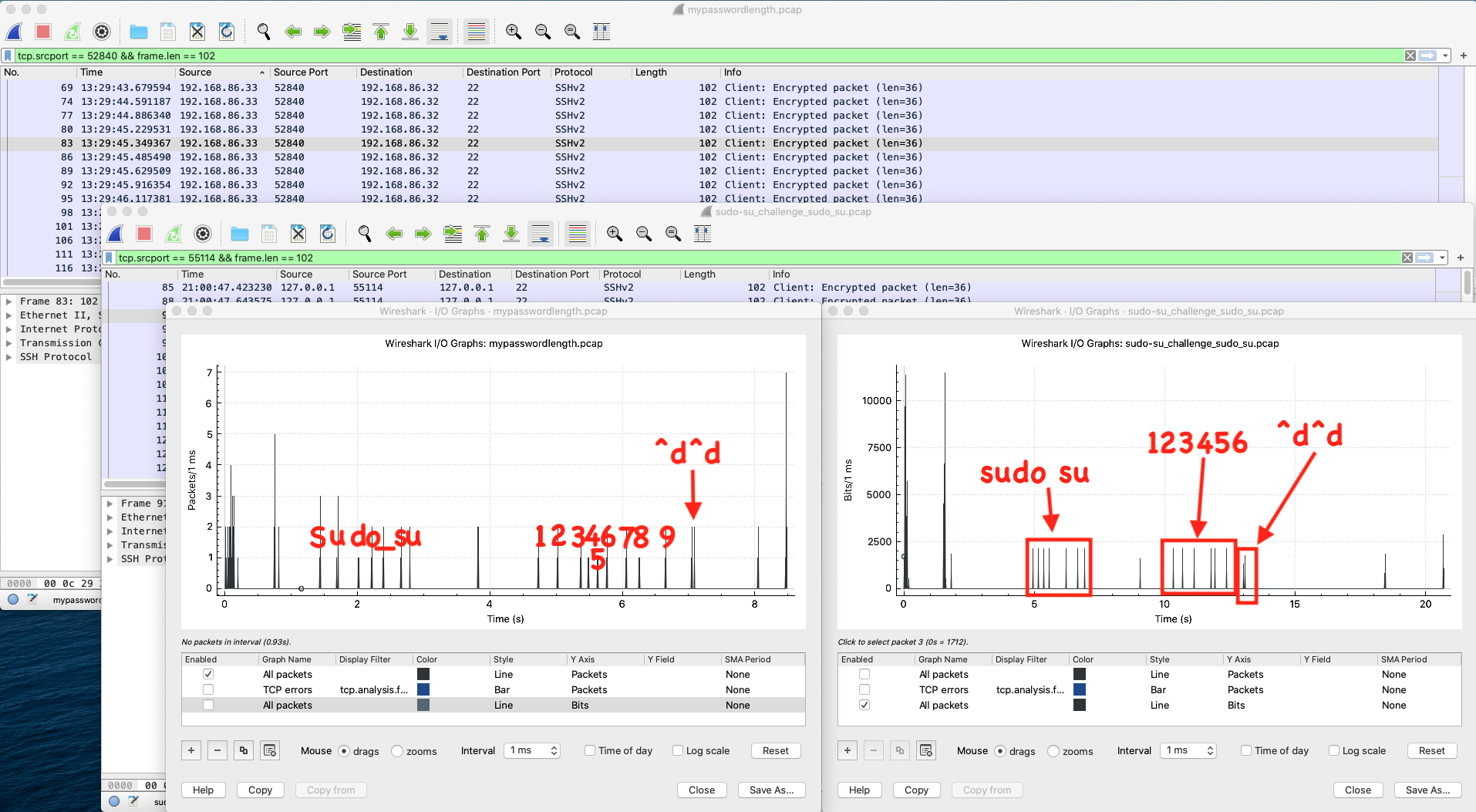 Based on the above timing intervals, I am guessing the password is 6 characters. There are only 2 attempts to solve this challenge. More testing is required.

Next, I set out to confirm my theory behind key presses. I presume that key-presses should always be the same size. An obvious pattern that popped up was a frame length of 102 bytes. Let’s filter for clients who are sending 102 byte frames:

The password I typed in my example session was 9 characters, my assumption is theirs is 6. To confirm my theory, there should be a difference of 3 102 byte frames between the two packet captures? Yes, there is. Mine has 21 their has 18: 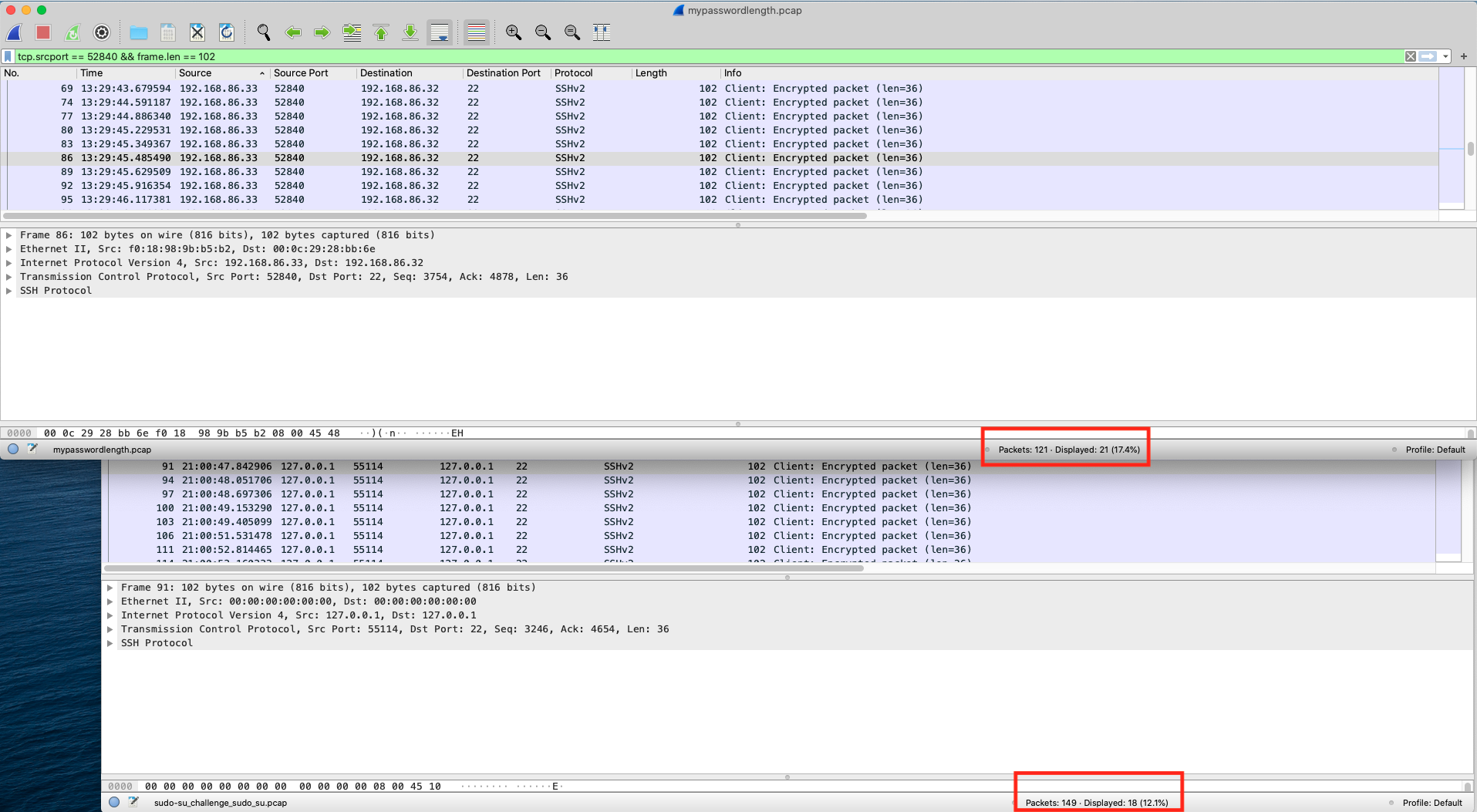